A Canadian chaperone in England

Now in the beginning of April this post is long overdue. The week after the tournament in Catalonia in February I was off to England to chaperone a school exchange trip. I was involved in planning the trip with two other teachers at Gabriela Mistral. It was a group of 29 students who were coupled with English exchanges from the Alton Convent School, an all-girls Catholic school in the small town of Alton, an hours drive south-west of London. The students were billeted with the families of their exchanges. 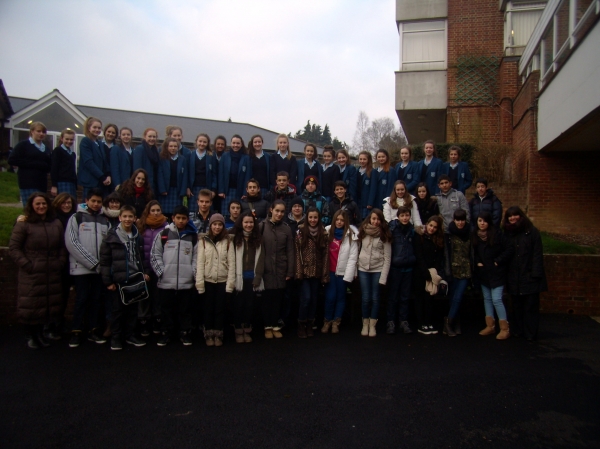 Preparation for the exchange involved getting the students to keep a Travel Log which would include entries prior to the trip, daily entries during the trip and post-trip entries. 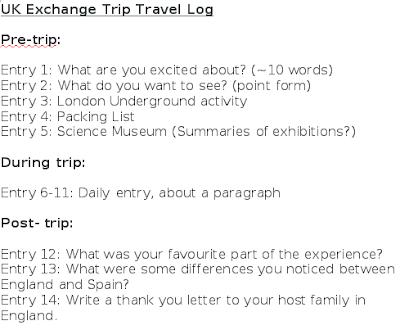 We arrived at Gatwick airport on the Thursday and we hopped on a bus to Alton. Once we arrived our students had the chance to meet their exchanges and attend their afternoon classes with them. It was an eye-opening experience for the Spanish students as the English education system, especially that of a private school, is quite different from that of the Spanish. At the end of the day the students went home with their exchanges and the other teachers and I stayed at a local hotel, The Swan. The hotel was quite interesting as it dated back to 1377 and received some famous guests such as Jane Austen and Queen Elizabeth.

On Friday we were off to Winchester for the day to do some sightseeing. One of the other teachers had prepared a scavenger hunt for the students to carry out throughout the day.

Our students spent the weekend with their exchange families and so I was off to London to see Herm. I met the students again when they came into the city on the Monday. I was in charge of planning their day in the city and so I had prepared a Student's Package which included the schedule for the day, a questionnaire and a map. 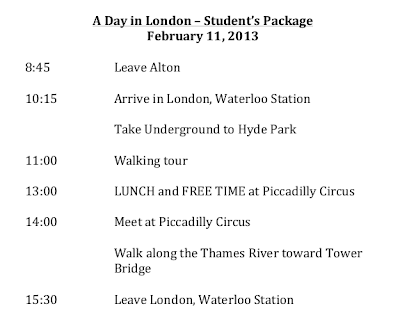 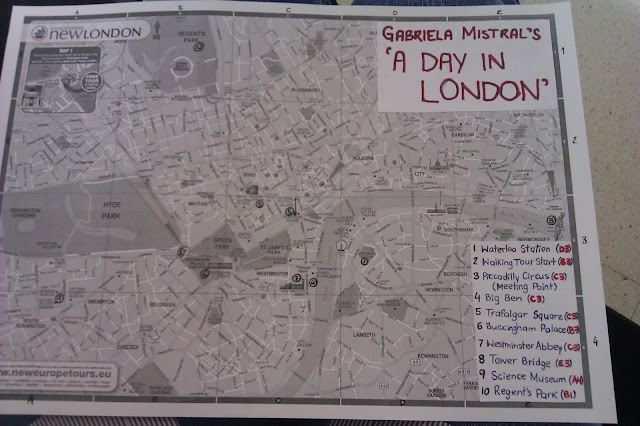 The students thoroughly enjoyed the city, the walking tour not so much, their interest was focused on getting photos with red telephone booths and buying everything with a Union Jack on it... Nevertheless, the trip, although nerve-racking at times, went really well and the students had a wonderful time. The English exchange students will be coming to Madrid at the end of April and the teachers and students involved have been preparing for their arrival since our return from England.
Check out Alton Convent School's website about the exchange!

Posted by Hannah Kennell at 2:19 AM